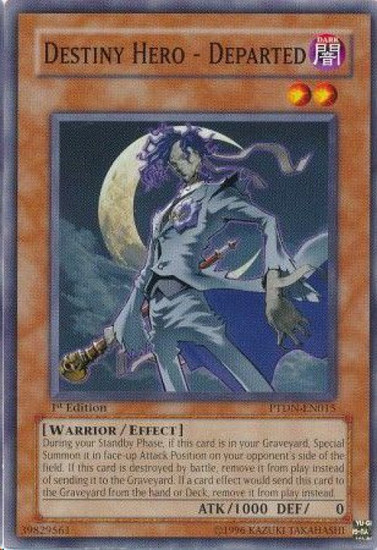 [Warrior/Effect] LV2 ATK/1000 DEF/0
During your Standby Phase, if this card is in your Graveyard, Special Summon it in face-up Attack Position on your opponent's side of the field. If this card is destroyed by battle, remove it from play instead of sending it to the Graveyard. If a card effect would send this card to the Graveyard from the hand or Deck, remove it from play instead.
ptdn-en015
604966678718
194270
In Stock
New