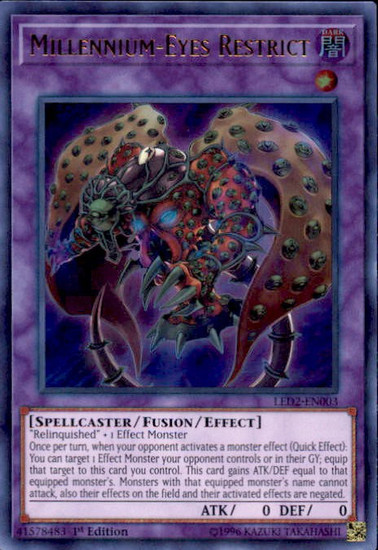 Dark. Spellcaster/Fusion/Effect. 1. "Relinquished" + 1 Effect MonsterOnce per turn, when an opponent's monster activates its effect (Quick Effect): You can target 1 Effect Monster your opponent controls or in their GY; equip that target to this card. Gains ATK/DEF equal to the combined ATK/DEF of the monsters equipped to it by this effect. Monsters with the same name as a monster equipped to this card by this card's effect cannot attack, also negate their effects.
led2en003
606583835406
184037
In Stock
New