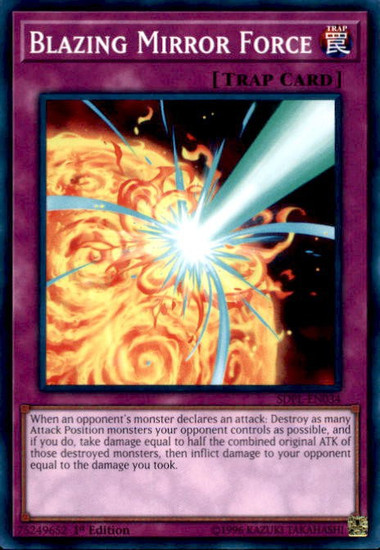 Activationrequirement. Effect. Normal. When an opponent's monster declares an attack: Destroy as many Attack Position monsters your opponent controls as possible, and if you do, take damage equal to half the combined original ATK of those destroyed monsters, then inflict damage to your opponent equal to the damage you took.
sdplen034
0739761855245
269107
In Stock
New