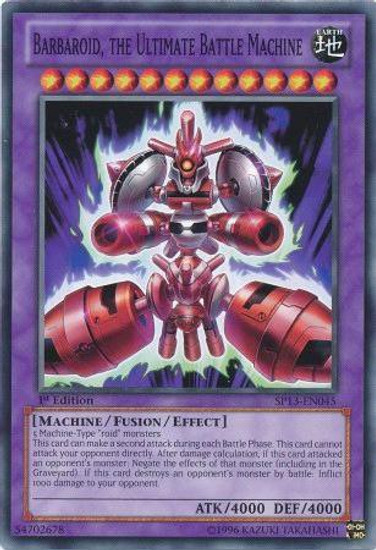 We do not differentiate between 1st Edition and Unlimited Edition.
$2.99
(You save )

Earth. Machine/Fusion/Effect. 12. 4000/4000. 5 Machine-Type "roid" monsters.This card can attack twice during the same Battle Phase. This card cannot attack your opponent directly. After damage calculation, if this card attacked an opponent's monster: Negate the effect(s) of that monster (including in the Graveyard). If this card destroys an opponent's monster by battle: Inflict 1000 damage to your opponent.
sp13en045
0739761891830
218083
In Stock
New