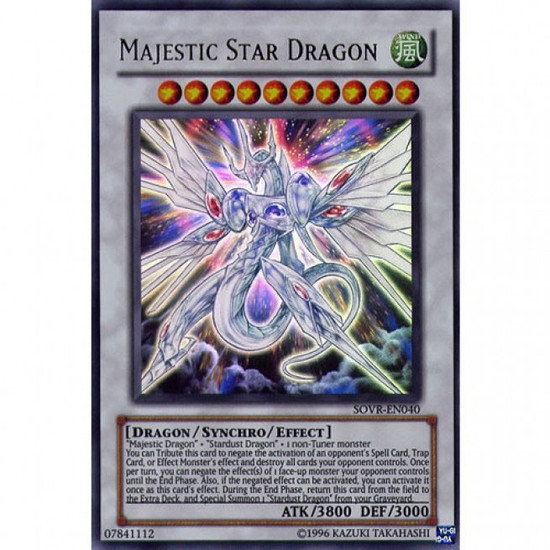 We do not differentiate between 1st Edition and Unlimited Edition.
$4.99
(You save )

[Dragon/Synchro/Effect] LV10 ATK/3800 DEF/3000
"Majestic Dragon" + "Stardust Dragon" + 1 non-Tuner monster
You can tribute this card to negate the activation of an opponent's Spell Card, Trap Card, or Effect Monster's effect and destroy all cards your opponent controls. Once per turn, you can negate teh effect(s) of 1 face-up monster your opponent controls until the End Phase. Also, if the negated effect can be activated, you can activate it once as this card's effect. During the End Phase, return this card from the field to the Extra Deck and Special Summon 1 "Stardust Dragon" from your Graveyard.
sovren040
604966689158
128422
Out of Stock
New