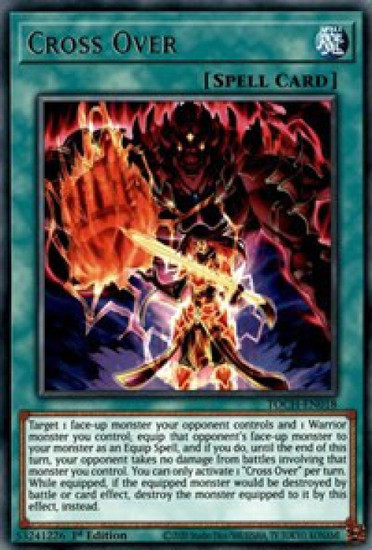 Effect. Condition. Normal. Target 1 face-up monster your opponent controls and 1 Warrior monster you control; equip that opponent's face-up monster to your monster as an Equip Spell, and if you do, until the end of this turn, your opponent takes no damage from battles involving that monster you control. You can only activate 1 "Cross Over" per turn. While equipped, if the equipped monster would be destroyed by battle or card effect, destroy the monster equipped to it by this effect, instead.
tochen018
331906
In Stock
New