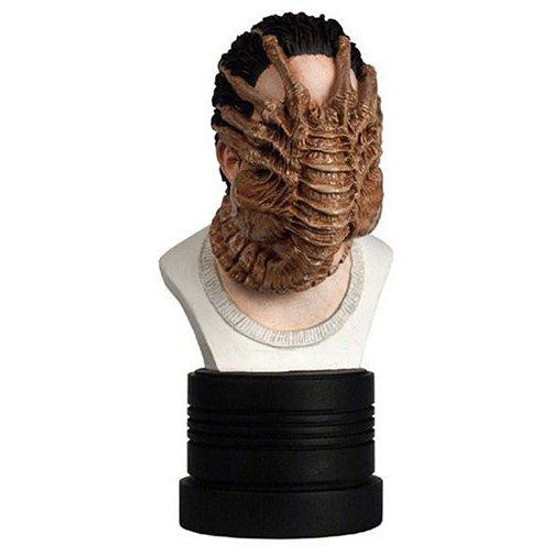 Few images in film have the ultimate creep-factor as that of the doomed Kane with the Facehugger firmly attached from the sci-fi/horror classic Alien. Lethal if removed, the Facehugger is sure to ruin your day if you're unfortunate enough to have one choose you as its "host"... Fortunately for Alien collectors, Palisades Toys' all-new Alien Facehugger Micro Bust - based on the sculpt of the life-sized bust released last year but with a brand-new base - poses no such threat. The Alien Facehugger Micro Bust measures nearly 7" tall, and captures all of the oozing gooey detail of te original sculpt...just on a smaller scale! This reduced size special edition is perfect for those who want to display one in a limited space, or who missed out on the full-size version, which had an EXTREMELY limited production run. Latch on to your Micro Facehugger today! WARNING: contains small parts not for children under 3 years.
facehuggerbust
666620222347
206728
In Stock
New