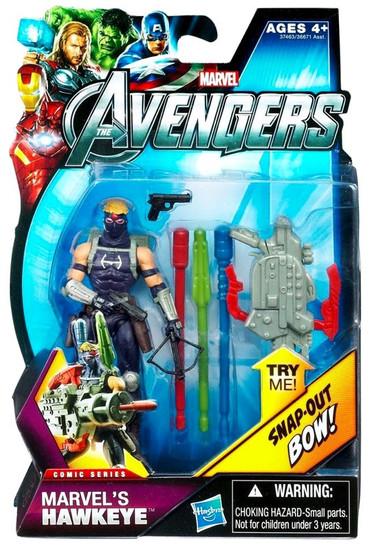 Clint Barton doesnt have super powers. But what he does have is the ability to hit any target, no matter how small or distant. Thats all he does, but he does it better than anyone else in the history of the world. Even without the uncanny powers of his superhuman peers, he remains one of the most dangerous men on the face of the Earth.

This MARVELS HAWKEYE figure looks just like the amazing hero with the incredible aim to hit his target every time. And he comes with a snap-out bow accessory and launching "arrows" to take on whatever enemy you throw at him! Load him up and get him ready to fire. Hes ready for anything and your MARVELS HAWKEYE figure will take your battles to the next level!