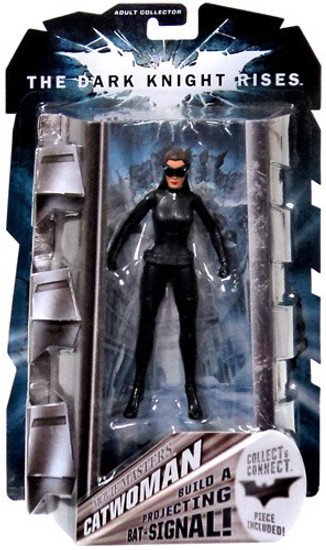 Batman The Dark Knight Rises Movie Masters Collector Figures: Based on the hit new Batman film, The Dark Knight Rises. The Dark Knight Rises comes to life with Movie Masters figures, sculpted with superior accuracy and details inspired by the film. Eight of the movies biggest characters have been meticulously crafted to capture and create fully articulated figures in six inch scale. Ready to be the biggest star in any fan's collection, each figure includes a Collect and Connect piece that can be combined with other pieces to create a light-up and wall-projectable Bat Signal. Each figure will be sold separately, purchase eight collectable figures throughout the year to complete the Bat Signal.
dkrmmcatwomandown
746775072643
123455
In Stock
New