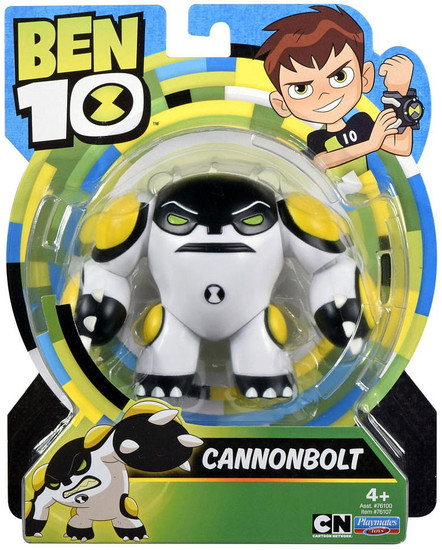 On a roadtrip with his cousin Gwen and his Grandpa Max, Ben finds an alien watch, the Omnitrix, which allows him to transform into 10 different aliens. Once transformed, Ben takes on the alien's appearance and powers, while always remaining a ten year old boy. The result...the ultimate kid superhero!
Ranging in height from 4 inches to 5 inches tall, each figure in the assortment is highly detailed and articulated. Most figures also comes equipped with themed accessories for added play! This pack includes Cannonbolt. The big guy! Cannonbolt can curl himself up into an unstoppable, nearly invulnerable sphere. Like a life-sized pinball, he can ricochet off surfaces and knock down his enemies at super speeds! He has no trouble getting moving, but sometimes he has trouble stopping!
ben10plmcannonboltdp
0433777610751
317011
In Stock
New