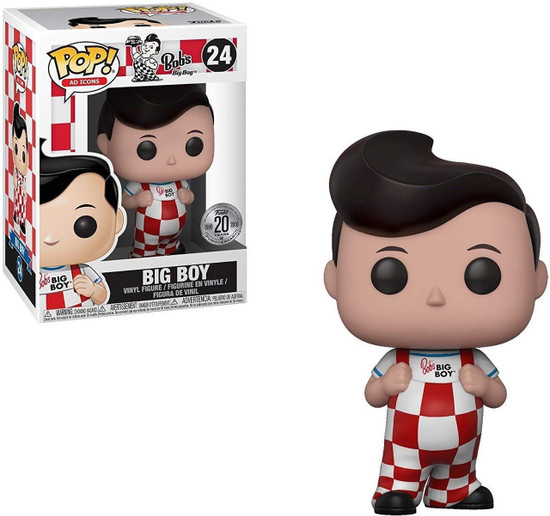 Take a trip down Funko memory lane! In honor of the 20th anniversary of Funko, Bobs Big Boy gets a new take on a vaulted Pop! Bob is now featured in a new pose proudly displaying his iconic checkered overalls! Shown with the 20th anniversary sticker this Pop! Ad Icon is a must have for any Funko collector!
funko31557
889698315579
260257
In Stock
New