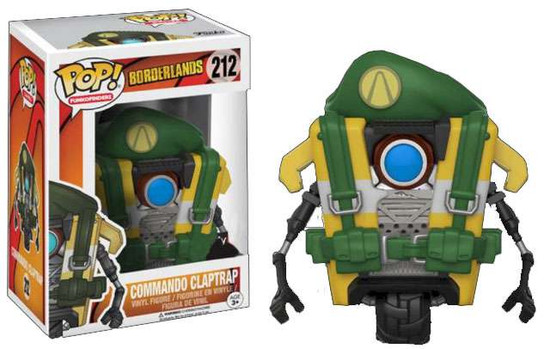 Straight from the planet of Pandora comes this new wave of Funko Borderlands Pop! Vinyl Figures!
After its initial release in 2010 and numerous sequels since, Borderlands has become on the most successful role-playing shooter games of all time.
Here we have Claptrap, a CL4P-TP general purpose robot manufactured by Hyperion. It has been programmed with an overenthusiastic personality, and brags frequently, yet also expresses severe loneliness and cowardice. This Pop! features him in his Commando skin.
funkotrapclap212
889698143578
163877
Out of Stock
New