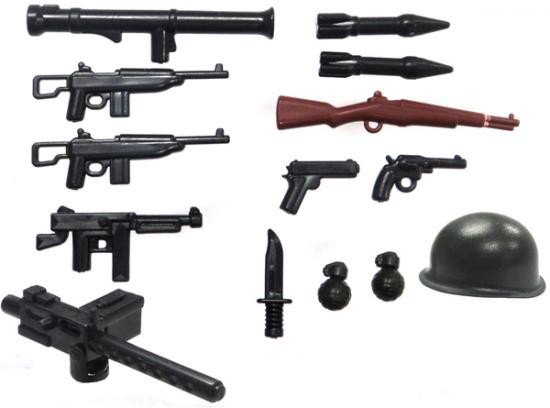 BrickArms are not life-size, they are designed to be used with mini figures. They do not fire and contain no moving parts.
$19.99
(You save )

The Battle of the Bulge started on December 16th 1944 and lasted until January 22, 1945. The Germans, believing that the alliance between Britain, France and America in the western sector of Europe was not strong and that a major attack and defeat would break up this alliance. Therefore, a massive attack against what were primarily American forces was launched. The attack is strictly known as the Ardennes Offensive but because the initial attack by the Germans created a bulge in the Allied front line, it has become more commonly known as the Battle of the Bulge.