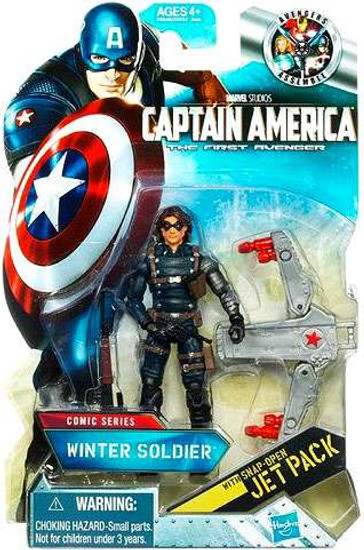 Critically injured and lost in the freezing North Atlantic, the former partner of CAPTAIN AMERICA was eventually discovered by a sinister and shadowy group of evil men. Brainwashed by them, he became the WINTER SOLDIER, a dangerous and skilled assassin, feared around the world.
Powerful and menacing, your WINTER SOLDIER figure is ready to fight against all of the forces of good! Help your fierce fighter put on his snap-open jet pack to chase down his enemies, defend him from attacks and strike back with speed and power. Even when youre surrounded, you and your WINTER SOLDIER figure can battle your way to a villainous victory!
Figure comes with snap-open jet pack.
capmovies1wintersoldier
653569583790
119398
Out of Stock
New