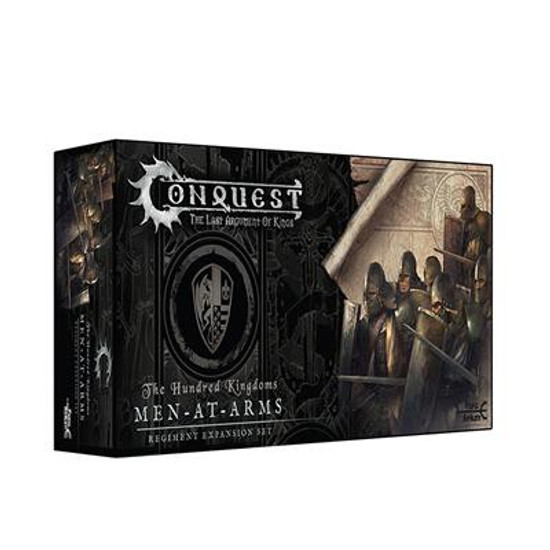 Conquest: The Last Argument of Kings

Conquest: The Last Argument of Kings

The bulk of the armed forces in the Hundred Kingdoms today is composed of well-equipped, professional soldiers called men-at-arms. In the early days of the Hundred Kingdoms these men were referred to as sergeants-at-arms and were beholden to their feudal lords. They were granted plots of land in exchange for their services, most commonly as a soldier in the lord's retinue. This privileged positions allowed them not only to secure quality arms and armor, but also to train in the use of the sword, a weapon hitherto limited to the nobility. This led to the creation of a landed elite, the gentry, whose standing was higher than that the freedmen enjoyed, but still below that of the nobility. These were the soldiers with which Charles Armatellum established his empire.