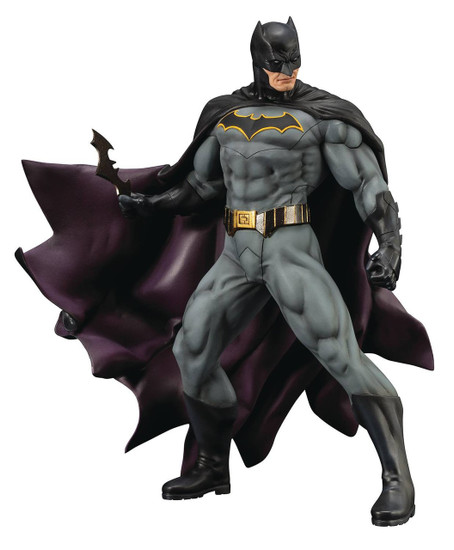 Koto turns to the newest Batman comics for their next Batman ARTFX+ Statue with Batman: Rebirth! Following the end of the New 52, the DC Universe began a new story with Rebirth. Continuing the line with Superman and Super Sons comes the Dark Knight from Gotham, Batman! This 1/10th-scale pre-painted statue is sculpted in detail from his serious face, mask, the emblem on his chest to his flowing cape and new utility belt. Batman poses with his batarang, ready to strike down anyone who threatens his city.
nov172822
190526009011
174559
Out of Stock
New