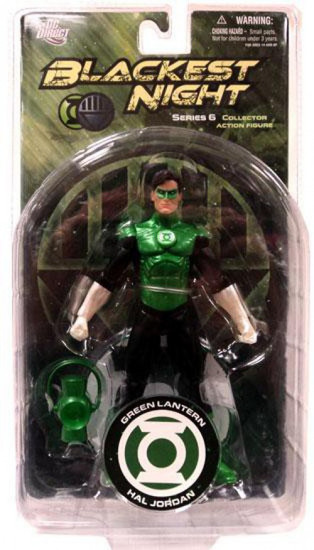 The hugely successful BLACKEST NIGHT action figure line continues with four awesome new characters!
Included in this sixth installment of the series are Hal Jordan, the personification of the Green Lantern Corps; Wonder Woman, who finds the power of love and joins the ranks of the Star Sapphires; Hawkgirl, who was one of the first heroes to lose her life to the dark power of the Black Lanterns; and The Flash, who couples the power of the blue ring with his trademark speed to carry the message of hope to all.
All four figures feature multiple points of articulation and include a display base. Character-appropriate accessories are also included.
The Black Lantern Batman figure stands at 6.75" and features multiple points of articulation and includes a display base. Character-appropriate accessories are also included. 4-color clamshell blister card packaging
haljordangreenlantern
761941294896
206339
Out of Stock
New