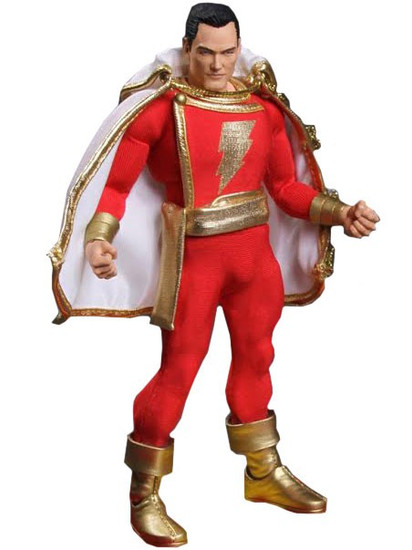 When young Bill Batson speaks the name Shazam! a magical lightning bolt transforms him into an adult superhero empowered with the abilities of six legendary figures. Embodied with the wisdom of Solomon, the strength of Hercules, the stamina of Atlas, the power of Zeus, the invulnerability of Achilles and the speed of Mercury he is now Shazam, the world's mightiest mortal.

Shazam has been expertly crafted on a new One:12 Collective body, realistically capturing his comic portrait to create the ultimate sixth scale action figure. Shazam has over 32 points of articulation, tons of accessories and interchangeable parts, and an intricately tailored, real fabric uniform.

The One:12 Collective is the perfect storm of collectibility and execution at a six inch scale, featuring pop cultures favorite movie and comics characters from the DC Universe.
mezcoone12shazam
696198761207
128741
Out of Stock
New