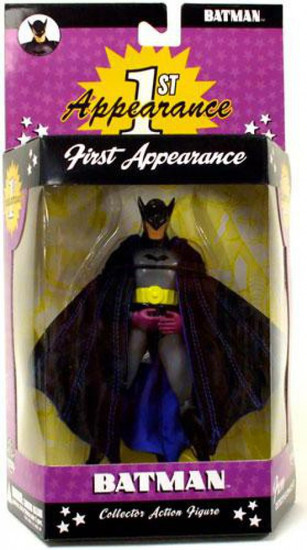 Adopting a ghastly, bat-like costume designed to inspire fear in the hearts of the "weak, cowardly" criminal element of Gotham City, Bruce Wayne burst onto the comics scene as Batman in 1939's DETECTIVE COMICS #27! The FIRST APPEARANCE: BATMAN ACTION FIGURE measures approximately 6 1/2" tall and features multiple points of articulation. It includes a base and a mini reproduction of the comic in which the character first appeared, and is packaged in a 4-color deluxe blister.
cobodcdifiap
761941240404
184961
In Stock
New