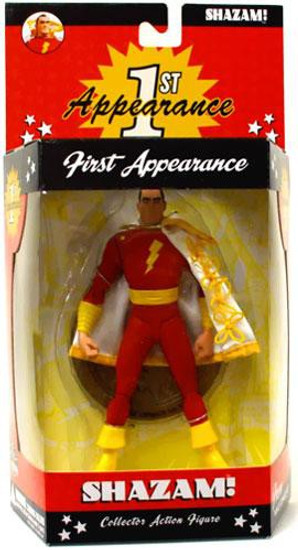 Since his debut in 1940's WHIZ COMICS #2, young Billy Batson needs only to utter a single word - "Shazam!" - and he's transformed into the super-powerful Captain Marvel. The FIRST APPEARANCE: SHAZAM! ACTION FIGURE measures approximately 6 1/2" tall and features multiple points of articulation. It includes a base and a mini reproduction of the comic in which the character first appeared, and is packaged in a 4-color deluxe blister.
cobodcdifiap2
761941240435
246110
Out of Stock
New