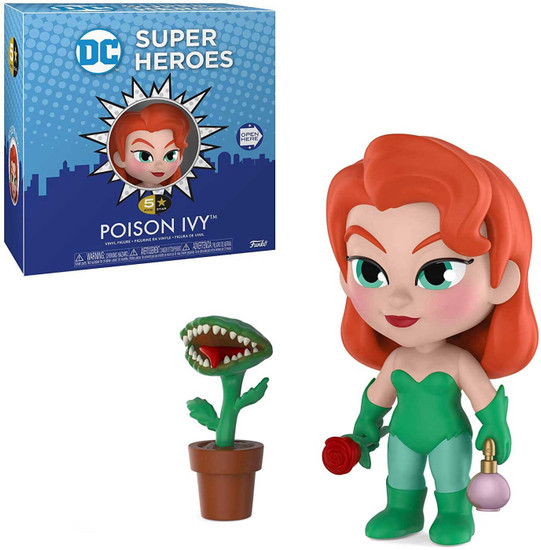 Funko 5 Star DC Super Heroes! Your Gotham City Super Hero and Super-Villain reenactments just got five stars better with the release of a new series of 3 figures inspired by your favorite DC characters.
The 5 Star line retains the same personality and style of Funkos popular Pop! with the added benefit of having three points of articulation so you can pose your figures as you play.
If youre going to save Gotham City from Batmans many archnemeses, youre gonna need a supply of weapons and gadgetry. Fortunately, the 5 Star figures each come with accessories including the characters iconic weapons and gadgetry. The Dark Knight comes equipped with a Bat-Signal and Batarang while Batgirl is armed with a communicator, Batarang and grappling gun.
Unfortunately, the Super-Villains are equally well-equipped, through their weapons might serve as a better reflection of their unique personalities than tools to defeat the Dark Knight.
Harley Quinn has a mallet, pop pistol and photo of her beloved J Man. Her beloved, The Joker is armed with dynamite, a phony gun and walking stick. And Poison Ivy essentially comes with her own nursery including a red rose, carnivorous plant and perfume bottle.
funko5starpoisonivy
889698321334
263587
In Stock
New