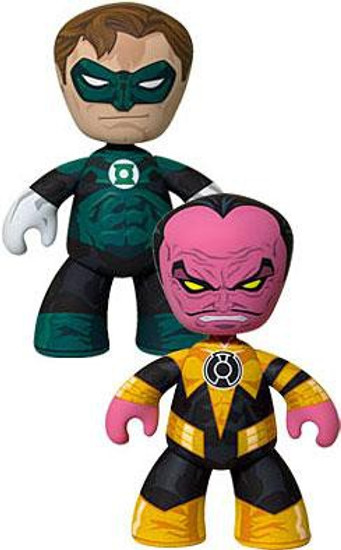 Mez-Itz, 6" rotocast vinyl collectibles that are cool by design. Both GREEN LANTERN and SINESTRO feature five points of articulation and are packaged in sturdy, collector friendly box!
In a universe as vast as it is mysterious, a small but powerful force has existed for centuries. Protectors of peace and justice, they are called the Green Lantern Corps. But when a new enemy threatens to destroy the balance of power in the Universe, their fate and the fate of Earth lie in the hands of their newest recruit, the first human ever selected: Hal Jordan.
Hal is a gifted and cocky test pilot, but the Green Lanterns have little respect for humans. But Hal has one thing no member of the Corps has ever had: humanity. With the encouragement of fellow pilot and childhood sweetheart Carol Ferris, if Hal can quickly master his new powers and find the courage to overcome his fears, he may become the greatest GREEN LANTERN of all.
halsinestromezit
696198375893
202615
In Stock
New