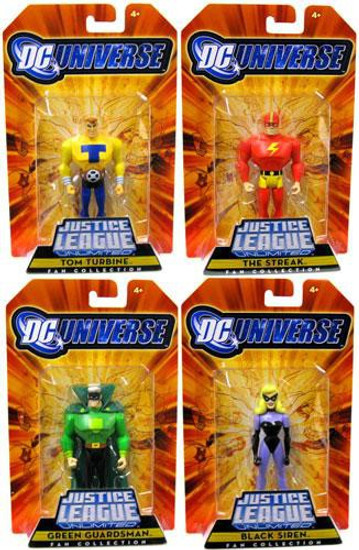 Each figure is packaged in its own blister card and resealed together in a factory Mattel bundle package.
$74.99
(You save )

The Justice Guild of America was a team of superheroes formed on an alternate Earth. On the 'mainstream' Earth, the Justice Guild were believed to be fictional characters, having appeared in popular comic books of the mid-20th Century; evidently the comics' writers somehow subconsciously 'tuned in' on the events of the alternate Earth when crafting their stories. This set includes: The Streak!, Black Siren, Tom Turbine & Green Guardsman.
justiceguildset
027084738148
204852
In Stock
New