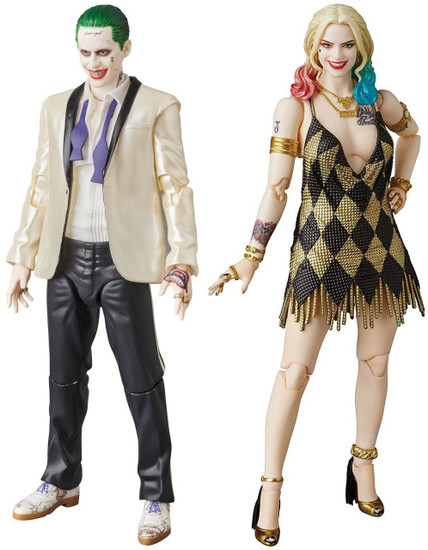 It's the Joker from Suicide Squad! Includes two head sculpts, machine gun, pistol and a cane. Tattoos are reproduced as seen in the movie. Includes straightjacket additional torso parts that can be placed on the MAF EX The Joker figure to reproduce the scene of Arkham Asylum! Figure stand included!