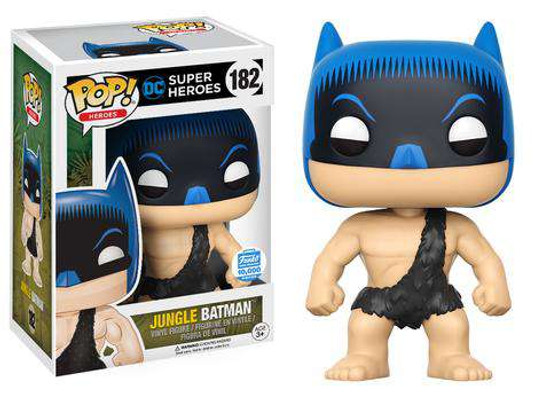 Funko Pops can show minor paint or packaging imperfections. Funko does not consider these defects. While we strive to deliver the best condition, we cannot accept returns due to minor flaws or minor package damage. Thank you for understanding.
$49.99
(You save )

Straight from Batman #72 (a comic book issue from August 1952), it's Jungle Batman! Batman and Robin are shipwrecked while attempting to deliver the Sinister Eight to a prison on Satan's Island. They are all washed ashore and it's a battle to see who is able to capture who first! The Jungle Batman Pop! is an exclusive and is a limited edition of 10,000 pieces. Ages 3 and up.
pop182
889698128346
157531
In Stock
New