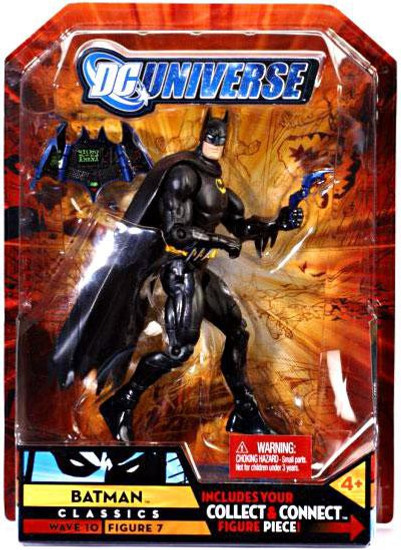 This version Batman is clad in his sleek black uniform, complete with gold utility belt and molded plastic cape. Batman is a noted detective and strategist, and is among the most capable physical combatants on the planet. In addition to defending Gotham City against the depraved likes of Two-Face, Batman also faces imported threats such as Lex Luthor, in the course of which he is sometimes assisted by Catwoman and fellow Justice League member Superman.
dc10batman
027084728026
200831
In Stock
New