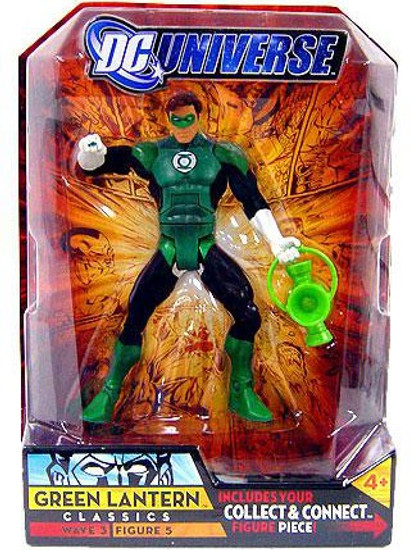 This version of Green Lantern features a green and black costume, and is accompanied by the green Power Battery accessory. Test pilot Hal Jordan, chosen for his strong character and heroic potential, was bequeathed the power lantern and power ring by the dying Abin Sur. Soon after, Jordan discovered Abin Surs significance as one of many Green Lanterns and learned of the Guardians of the Universe.
Each figure will contain a Build-A-Figure piece of Solomon Grundy. This is probably one of the best ideas for a Build-A-Figure. Solomon Grundy is a monstrous, ashy-skinned, manlike creature clad in a tattered black suit approximately seventeen sizes too small. Presented in varying stages of intellect, Grundy is consistently a savage, durable adversary frequently pitted against the likes of Green Lantern and Superman.
dcclassics3haljordan
027084596250
117463
In Stock
New