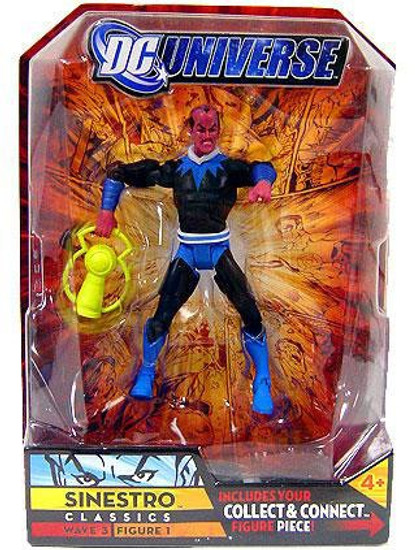 Sinestro is clad in his classic blue and black costume, and is accompanied by the yellow Power Battery accessory. Once a Green Lantern, Sinestro was corrupted by his vast power. Subsequently removed from his post and deprived of his ring, Sinestro was banished to the antimatter realm of Qward. Fortunately for Sinestro, he was received by sympathetic Qward Weaponers and was bestowed a yellow power ring capable of negating the power of Hal Jordans green power ring.
Each figure will contain a Build-A-Figure piece of Solomon Grundy. This is probably one of the best ideas for a Build-A-Figure. Solomon Grundy is a monstrous, ashy-skinned, manlike creature clad in a tattered black suit approximately seventeen sizes too small. Presented in varying stages of intellect, Grundy is consistently a savage, durable adversary frequently pitted against the likes of Green Lantern and Superman.
dcclassics3sinestro
843852065151
117464
In Stock
New