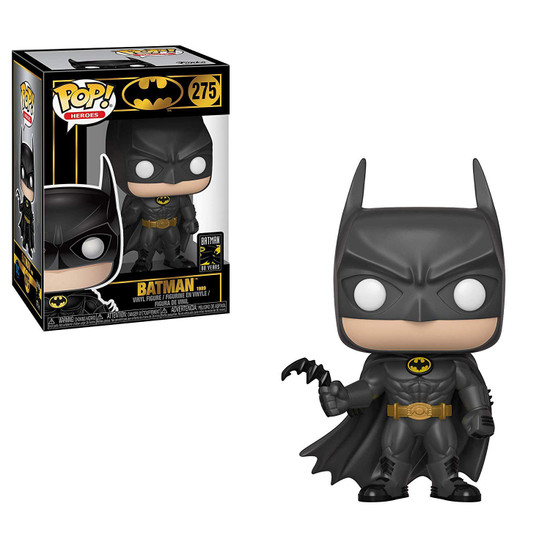 Funko Pops can show minor paint or packaging imperfections. Funko does not consider these defects. While we strive to deliver the best condition, we cannot accept returns due to minor flaws or minor package damage. Thank you for understanding.
Out of Stock
(You save )

Funko Pop! Heroes: Batman 80th! The Dark Knight is turning 80and all of Gotham City is celebrating its favorite DC Super Hero from Wayne Manor to Arkham Asylum. DC first introduced Batman in Detective Comics #27, released back in 1939. Since then, Batman has appeared in countless comics, video games, television episodes (animated and live action), movies, battled epic Super-Villains and become a cornerstone of pop culture. Celebrate 80 years of the Dark Knight with a Pop! depicting 1939 Batman illustrating the evolution of the Super Heros look over the decades. The 1989 Batman Pop! offers a more modern interpretation of the Batsuit.
funko37248
889698372480
284523
Out of Stock
New