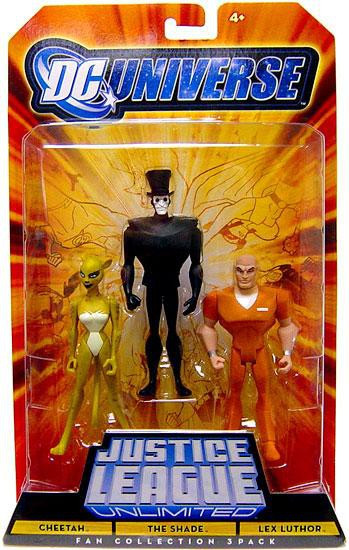 Cheetah and the shade are two of the first super villians recruited by Lex Luthor to form the Injustice Gang and oppose the heroes of the Justice League. After Luthor is taken to jail, the group is reorganized by Gorilla Grodd into an even larger and more deadly super villian team called the Secret Society.
3packcheetahshadelex
027084727654
200454
In Stock
New