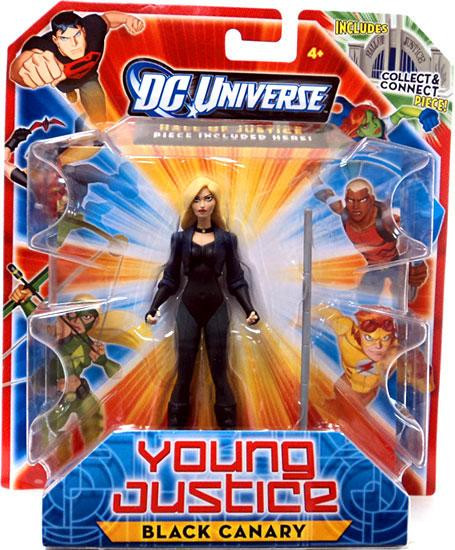 Includes Collect & Connect Hall of Justice Piece!
Out of Stock
(You save )

These highly detailed 4.25-inch figures are styled after the Warner Bros. YOUNG JUSTICE animated series that premiered in November 2010. YOUNG JUSTICE features a group of teenage super heroes who are members of a covert team and aspire to join the JUSTICE LEAGUE. This assortment will be released in two waves, with a total of eight figures in Spring 2012. Each figure includes either additional piece-count or a Collect-and-Connect piece to build a larger scale figure.
youngjusticeblackcanary
746775034344
120467
Out of Stock
New