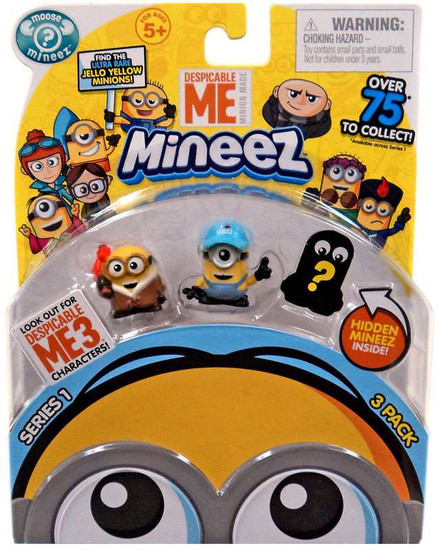 Despicable Me 3 is an upcoming American 3D computer-animated comedy film produced by Illumination Entertainment and distributed by Universal Pictures. It is the third installment in the Despicable Me film series and a sequel to Despicable Me 2 (2013). Kids will love to search for the Mineez Despicable Me characters and collect them all while theyre small! The Mineez Despicable Me Character Pack has 2 Mineez that they can see and 1 mystery Mineez! They can build their Despicable Me world with characters like Kevin, Bob, Gru and so much more. There are over 75 to collect! They better make sure to look out for the Limited Edition Golden Minions! Bee Doo!... Mineez- Big Fun Made Mini!
despme3mineebordboss
640213880770
162508
Out of Stock
New