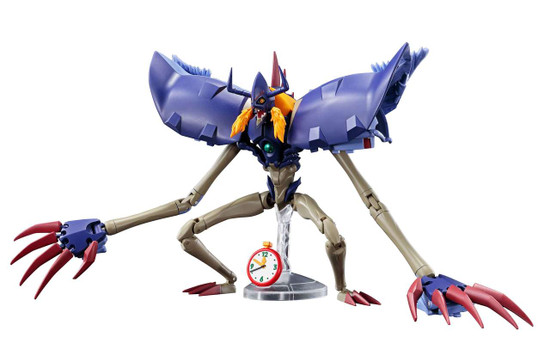 The third release in the Digivolving Spirits series is the ferocious enemy Diablomon as seen in the theatrical film "Digimon Adventure: Children's War Game!" Faithful detail is rendered both in paint, but also with variously colored materials that allow you to transform Keramon into Diablomon without needing to swap any parts! In addition to the transforming figure, two important accessory parts are included. One is the famed "clock," rendered in luxurious diecast metal. The other is a custom stand that can accommodate the figure in either Keramon or Diablomon forms.
ban19826
4549660198260
175564
In Stock
New