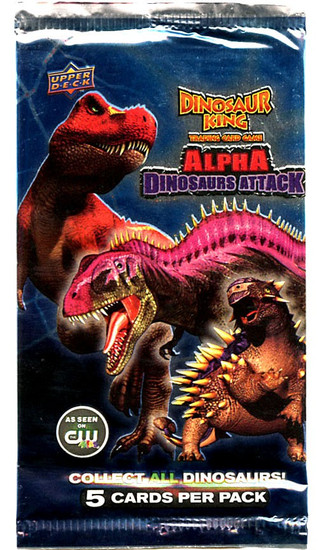 Look for powerful cards such as Alpha Acrocanthosaurus. This powerful rare card can deal extra damage to your opponent, whether its attacking or defending.
The Alpha Gang makes its move- now you can add powered-up Alpha versions of your favorite Dinosaurs to your Dinosaur King decks! After the Dinosaur King TCG Colossal Team Battle (booster set 2), the bad guys come back even stronger for revenge. Dinosaur King TCG Alpha Dinosaurs Attack booster packs have POWERFUL, NEW Gold and Colossal Rare Dinosaur and Move cards to increase the strength and value of your card collection.
dinosaurkingalphaattack5
053334723312
150033
Out of Stock
New