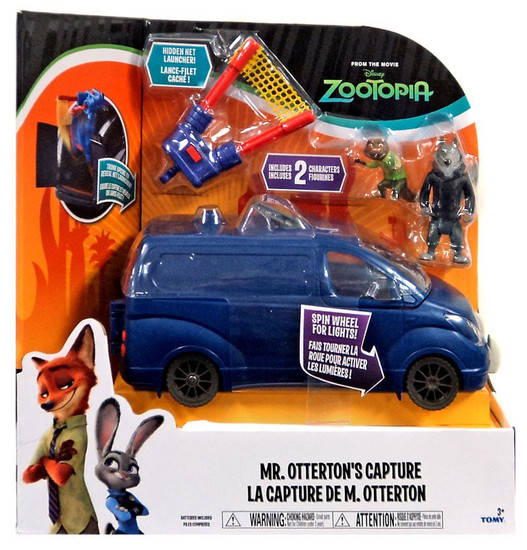 When Mr. Otterton turns savage, theres something fishy going on in Zootopia! The van is 9 long and has headlights that flash when the wheels roll. The van would not be complete without a net launcher that the Mysterious Wolf uses to capture animals that have gone savage. Push the button on the net launcher, and the net shoots out! The front of the vehicle opens up so you can seat the 3 Wolf Figure inside. The rear van doors also open, so the Mysterious Wolf has somewhere to put the captured 1.5 Mr. Otterton Figure. The figures and vehicles are in scale with all of the other Zootopia Character Pack Figures and Vehicles. Collect them all so you can recreate the scenes from Zootopia!
zootopiaottertonscapt
796714700328
128369
Out of Stock
New