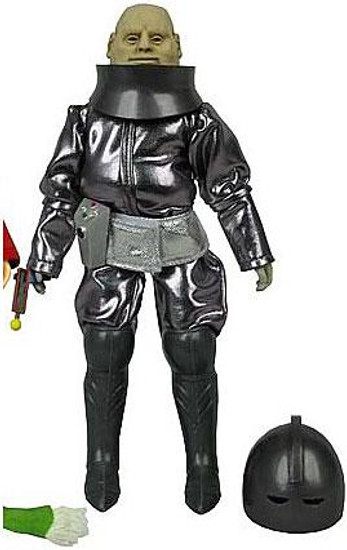 Right out of the serial "The Sontaran Experiment" starring the Fourth Doctor, Field-Major Styre comes with two accessories, a pistol and a communicator plus, his helmet is removable! The Sontarans are diminutive cloned warriors, bred only for way, death and victory. A Sontaran would choose death over life at any time, provided it furthered their race in winning their endless war with the Rutan Host. Sontaran Field-Major Styre was conducting a series of brutal experiments on a team of astronauts he had lured to the deserted surface of Earth in the far future. Styres experiments were a prelude to a planned Sontaran invasion of Earth, which only the Fourth Doctor was able to stop.
bifbangpow4sontaran
814826012396
120131
Out of Stock
New