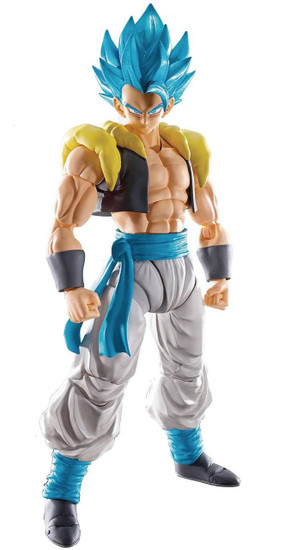 From the hit 1995 theatrical anime "Dragon Ball Z: Fusion Reborn" comes the fusion of Gokou and Vegeta, the ultimate Super Saiyan God Super Saiyan Gogeta! And now he's also slated to appear in the upcoming film "Dragon Ball Super: Broly," in a never-before-seen Super Saiyan Blue form! This figure has it all, from the nostalgia factor of a beloved character to an all-new appearance from his latest film! Exchangeable hand parts (3 each), optional head part (black hair ver.), exchangeable face expression parts3 are included..
bas55408
4573102554086
280056
In Stock
New