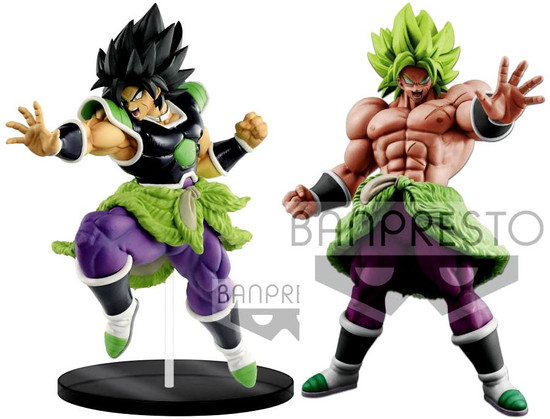 This is the first release in the series, and it depicts the terrifying Broly in his Rage Mode! As he pulls his arm back for a punch, you can practically hear his bone-chilling scream in that expression. Every muscle is carefully sculpted and he stands at a height of about 9 inches.

From Dragon Ball Super, Broly is at Full Power in his Super Saiyan mode in this King Clustar figure from Banpresto. The impressively sculpted figure is non-articulated and stands about 12 inches tall.
banprestobrolymovieset
0609411446454
285017
In Stock
New