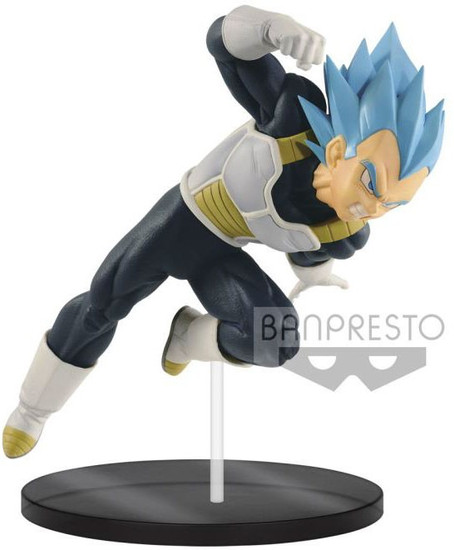 Reaching a height of about 7 inches, Vegeta is captured in his Super Saiyan Blue form for this figure! He looks as angry and powerful as ever as he charges forward on behalf of Earth. Every figure collection needs some Vegeta!
ultimatesoldiersthemoviessbluevegeta
819996102014
268294
In Stock
New