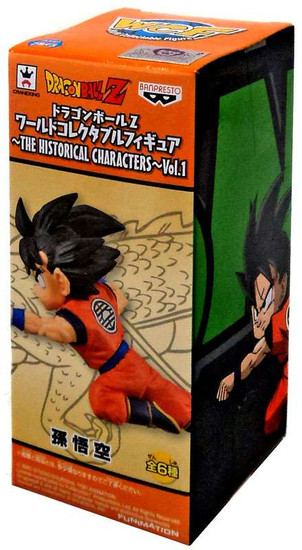 From Banpresto. To commemorate the 30th anniversary of the anime series of the Dragon Ball universe, Banpresto is releasing a special World Collectible Figure collection featuring iconic characters that have inspired fans around the world. This second collection - featuring Son Goku, Vegeta, Frieza, Raditz, Piccolo, and Captain Ginyu - feature all-new figure designs that are great for new fans to start collecting. Veteran fans of the series already know they need these 3" long figures.
dbzwcfhc01
045557254544
177082
In Stock
New