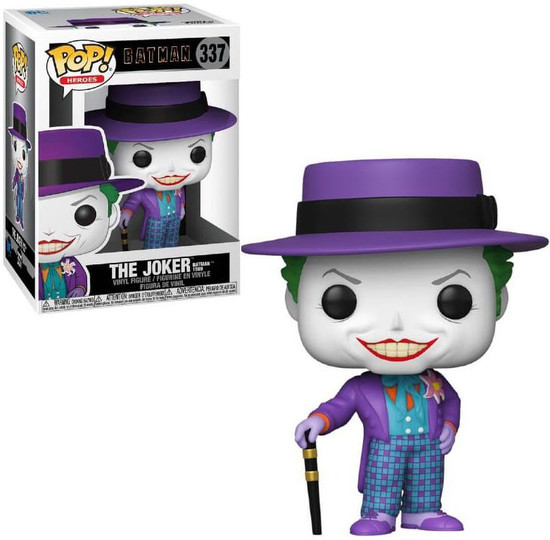 DC Comics: Batman 1989 Funko Pop! Vinyl's are here! Joker with Hat is here to join your collection!
Once a mob enforcer, Jack Napier, chose the Alias of The Joker when his appearance was disfigured by a vat of chemicals and botched surgeries. After killing his old boss and former mobster Carl Grissom, The Joker decides to take over Gotham with a spat of random mass murders.
popheroes47709
889698477093
318004
In Stock
New