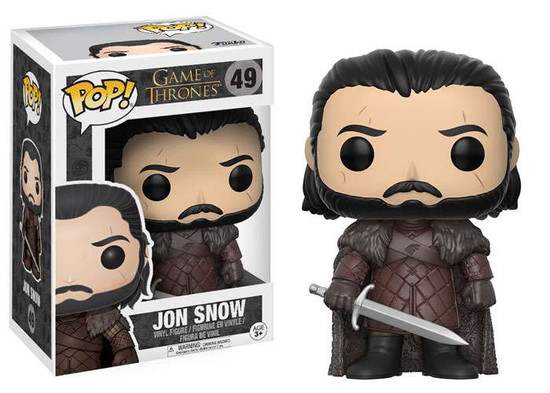 Funko Pops can show minor paint or packaging imperfections. Funko does not consider these defects. While we strive to deliver the best condition, we cannot accept returns due to minor flaws or minor package damage. Thank you for understanding.
$29.99
(You save )

Ahead of the highly anticipated return of season 7, Game of Thrones Pop! figures by Funko
are back this June with an all new collection that features an updated look
at three fan-favorite characters from the hit HBO series,
plus three new characters making their Funko Pop! debuts.
Notable for their distinctive style and collectability, this new series features
a fearless Jon Snow prepared for battle, and Tyrion, his wound
from Ser Mandon healed, complete with a chalice of wine in hand.
All Hail Cersei! Recreating her look from the dramatic finale of season 6,
Cersei is depicted donning her coronation gown and royal headpiece.