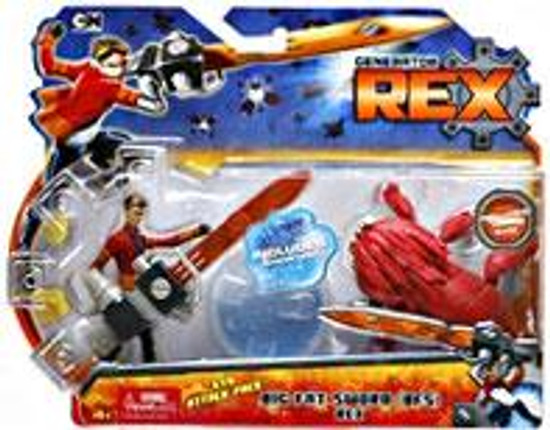 Generator Rex is an animated adventure about a 15-year-old boy infected by Nanites, making him an EVO (Exponentially Variegated Organism). This gives him the ability to grow incredible machines out of his body. Recruited by an organization called Providence, young Rex travels the globe, dedicated to defending the planet and investigating the biological mutations created by the same Nanites that gave him his powers. The Generator Rex EVO Attack Pack assortment allows kids to generate, attack and extract with this virtual battle in a box. Each figure includes a non-removable accessory with a mechanical feature like a spinning sword or projectile blaster, one of the coolest EVO villains from the show, and a jar of Nanite Goo to fill the EVO and watch it ooze
generatorrexevopack2
027084932324
119149
In Stock
New