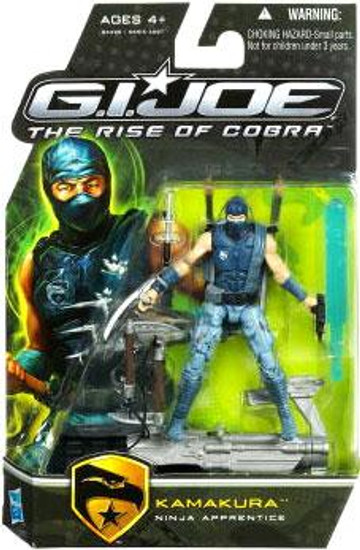 KAMAKURA is a ninja on the G.I. JOE team and apprentice to the teams ninja commando SNAKE EYES. He is being trained in the secrets of the ARASHIKAGE clan and shows impressive skill in the unarmed combat and the strategic use of martial arts weapons.

Get right into the thick of battle excitement with this awesome articulated action figure! Armed with nearly-unstoppable swords, nunchucks and other weapon accessories, your KAMAKURA figure is set to give his enemies a punishing fight. But only you can decide wholl win the battle and wholl win the war!
gijoekamakura
653569447009
118029
Out of Stock
New