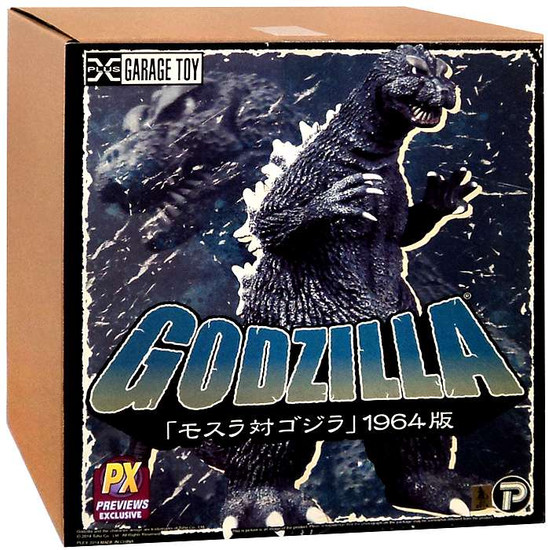 From Bandai, Plex Co.,Ltd. & X Plus Co.,Ltd.! Godzilla 1964 is from the fourth Godzilla movie in the Godzilla film series which started with Godzilla and continued on with Godzilla Raids Again and King Kong Vs. Godzilla. This Godzilla is widely known as 'MosuGoji' and is the basis to the Showa Godzilla model which lasted until to 1975. This Godzilla is often referred to as the scariest Godzilla because of its trembling cheeks and glaring eyes. It also has been the most popular Godzilla model in the Godzilla film history. Enjoy the ferocious head, the massive lower half of the body, and the tail capturing great movement with this figure that stands 12' tall and measures 27' long.
nov132212
4532149007863
143206
Out of Stock
New