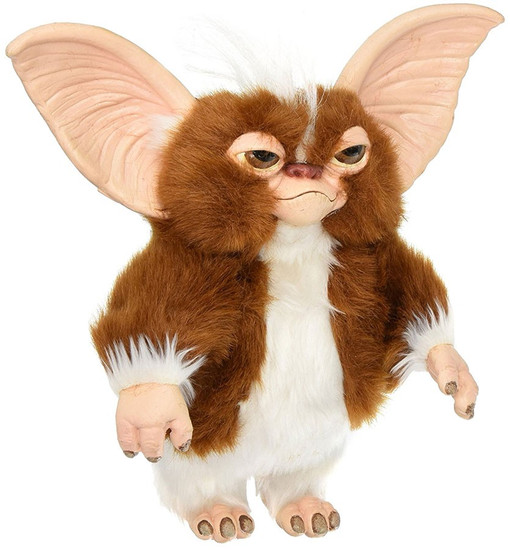 From Trick or Treat Studios. Randall "Rand" Peltzer, a struggling inventor, visits a Chinatown antique store in the hope to find a Christmas present for his son Billy. In the store, Randall encounters a small, furry creature called a mogwai (Cantonese: "monster"). The owner Mr. Wing refuses to sell the creature to Rand, though his grandson secretly sells the mogwai to Rand but tells him to remember three important rules that must never be broken - do not expose the mogwai to bright lights or sunlight which will kill it, do not let it get wet, and never feed it after midnight. Warner Bros. is proud to present the officially licensed Stripe Mogwai Puppet Prop. This amazing Stripe Puppet was designed by Russ Lukich using an original Stripe form as reference. Absolutely every detail of Stripe is present in this incredible hand puppet. From his dimensions to his hair, this is as close as you'll ever come to having the actual Stripe Prop in hand.