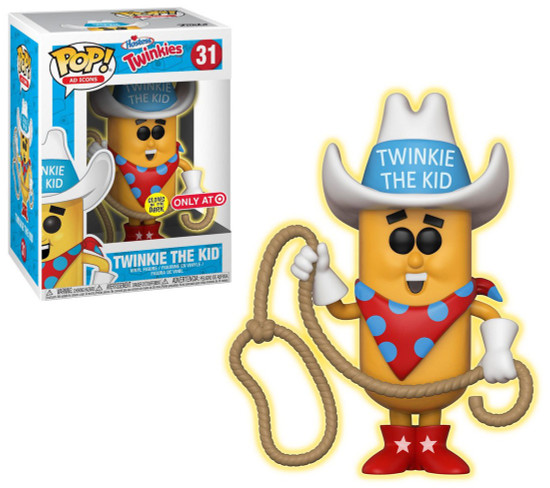 Funko Pops can show minor paint or packaging imperfections. Funko does not consider these defects. While we strive to deliver the best condition, we cannot accept returns due to minor flaws or minor package damage. Thank you for understanding.
$39.99
(You save )

Twinkie the Kid has been slinging delicious cream-filled snack cakes for nearly 50 years but in typical Twinkie fashion he doesn't look a day over 20. To celebrate Twinkie the Kid's lengthy career as a popular ad icon, he's hitching his horse to Target as a Target exclusive Pop! figure, spinning a lasso while sporting his characteristic bandana, 10-gallon hat and cowboy boots. Retro Twinkie the Kid puts in an appearance as a Chase with a one-in-six rarity, wearing an old school color scheme with a white hat and red boots.
poptwinkiekid
889698322294
280142
In Stock
New