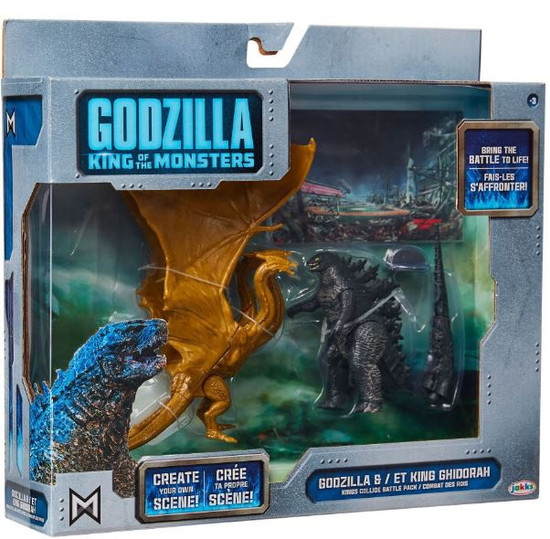 King of the Monsters follows the heroes of cryptozoological defense force Monarch, as they fight to save our world when Titans rise to re-claim the earth. When these ancient superspeciesthought to be ancient mythsleave the very fate of humanity hanging in the balance, Monarch and the mighty Godzilla will collide with Mothra, Rodan, and Godzillas ultimate nemesis, King Ghidorah in an epic monster battle that will decide who shall rightfully claim the throne as King of the Monsters. King of the Monsters Battlepacks includes two 3.5-inch tall monster figures, a background scene, and a stand to bring the action of the new movie home!
kingghidorahgodzilla2pack
039897970158
283642
Out of Stock
New