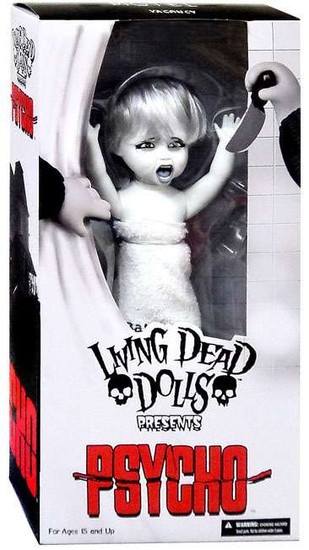 Dont tell Mother, but Mezco has a secret.Psychos Norman Bates as Mother and Marion are the latest addition to the Living Dead Dolls Presents series.
Nominated for a quartet of Academy Awards, the psychological thriller Psycho not only changed the world of horror, but how movies are marketed as well. The "shower scene" has become iconic in pop culture and is often regarded as one of the most terrifying scenes ever filmed.
Norman Bates as Mother will come with a removable wig and, just as he did in the film, Norman is wearing pants underneath Mothers dress. As would be expected, a knife is included.