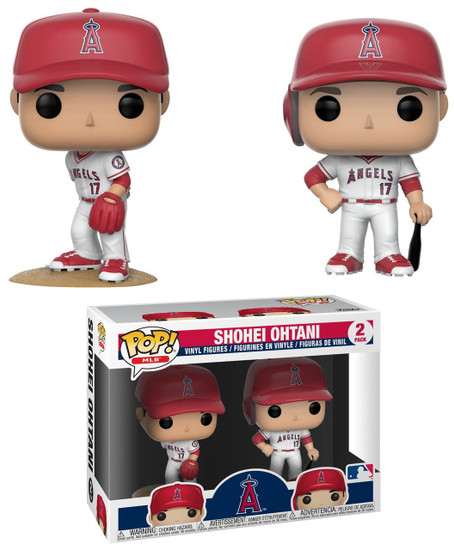 Funko Pops can show minor paint or packaging imperfections. Funko does not consider these defects. While we strive to deliver the best condition, we cannot accept returns due to minor flaws or minor package damage. Thank you for understanding.
Out of Stock
(You save )

Hes crushing homeruns as a DH, and striking fear into hitters as a starting pitcher the two-way sensation is here! Funko is thrilled to reveal Shohei Ohtani is joining our series of Major League Baseball Pop!
Known as the Japanese Babe Ruth, Ohtani-fever has gripped fans of baseball since makinghis MLB debut with the Los Angeles Angels this season. Ohtani is featured in this special Pop! 2-pack showcasing this rising star as both a hitter and on the mound. Its Sho-Time!
Add this once in a lifetime player to your Pop! collection later this season!
funkoshoheiohtani
889698345965
260373
Out of Stock
New